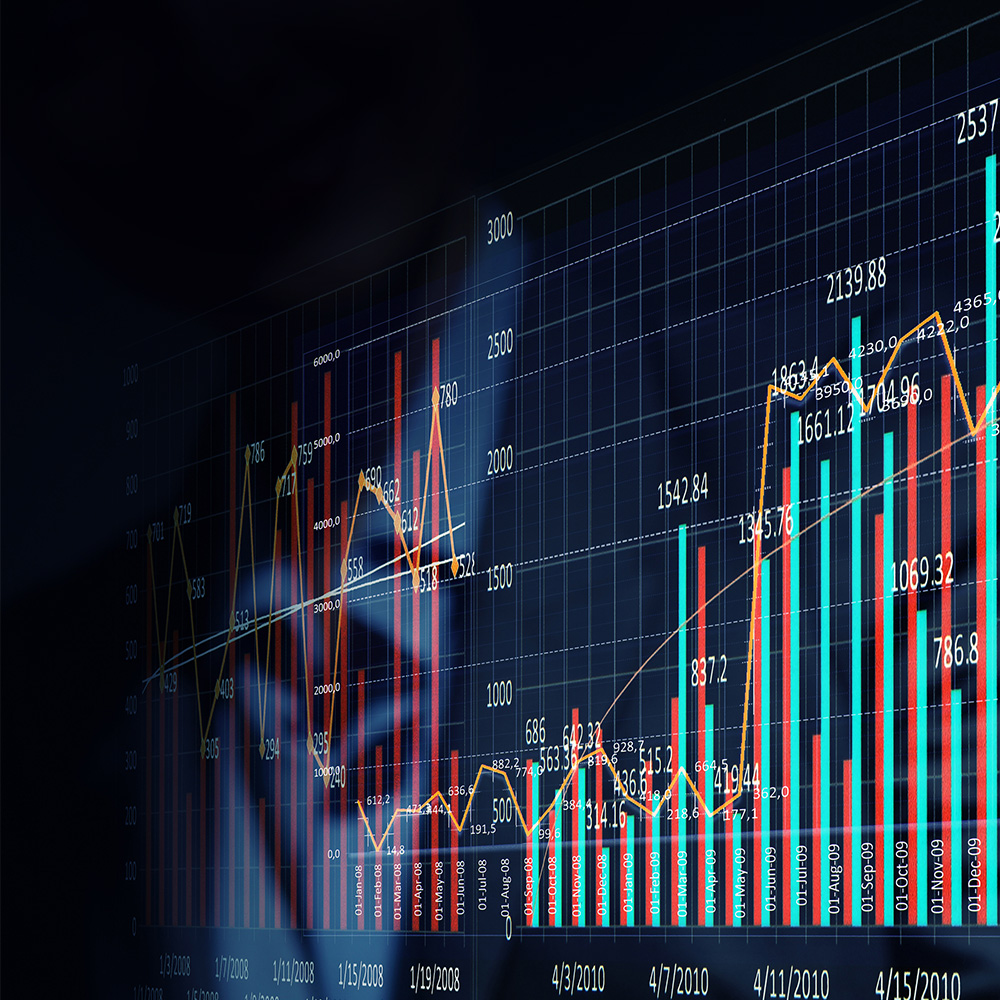 The country’s point to point inflation declined to 2.82% as at the end of June from 3.07% relative to the end of the previous month.

For the first time since the start of the calendar year, the country experienced a general increase in price levels. The Consumer Price Index (CPI) advanced by 0.4% month over month (MoM) to close the month of June at 248.01 points. Accordingly, the country’s point to point inflation declined to 2.82% as at the end of June from 3.07% relative to the end of the previous month. Comparatively, at this point in 2017, the country’s month over month inflation and point to point inflation was recorded at 2.08% and 4.43%, respectively.

Jamaica’s inflation outlook, in our opinion, remains heavily dependent on the price of oil. Year to date, the price of West Texas Intermediate Crude oil has appreciated by approximately 15.58%. As the US-China trade war continues, the market for oil has become unstable, with oil prices falling to a seven week low. However, with the US resumption of sanctions on Iran and Venezuelan oil production declining daily, we may see the fall in oil prices as being short lived. Should oil prices rebound, we can expect an increase in the price of gas and related products.

This would undoubtedly result in an increase in electricity costs for households and business. Service providers and manufacturers will eventually be faced with the task of passing off these costs to consumers.

Additionally, an updated seasonal outlook now expects a less active than average hurricane season. Combined with the Jamaican government’s investment in disaster resilience for vulnerable areas paints a lighter picture of Jamaica being potentially impacted by the annual Atlantic hurricane season. As a result, the expectation of rising inflation is lower than it has been in the recent past.

As at the end of July, the country’s Net International Reserves (NIR) closed at US$3.15B, climbing by 0.45%, or US$0.01, relative to June’s closing NIR. Nonetheless, Jamaica’s NIR continues to float well above the international benchmark which recommends sufficient reserves to cover at least 12 weeks of importation of goods and services. Currently, Jamaica’s NIR is estimated to be sufficient to cover approximately 19.87 weeks of imports of goods and services, well above the recommended level of reserves. 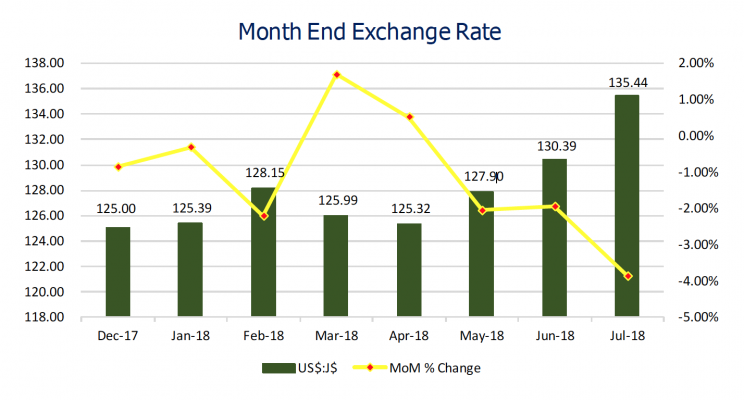 We conjecture that the declining interest rates in the local market, while international interest rates has appreciated, has led to the heighten demand for USD. We expect that there will be a slight decline in the exchange rate in the upcoming month of August as BOJ has published a four week schedule, indicating that the Central Bank will seek to inject more USD into the market through its sell operations while scheduling a minute intervention on the buy side.

With the completion of the second quarter of the new fiscal year, the country’s fiscal standing continues to exceed expectations. Barring any significant shocks to the economy we expect that the country will continue on its positive trail for the remainder o the year. However, in order to achieve this goal, the government will have to pay keen attention to expenditures as projects such as the Major Infrastructure for Development Programme (MIDP) can absorb a significant amount of capital. This risk is enhanced by the Government’s announced plan to increase expenditure to increases the country’s resilience to natural disasters in vulnerable areas of the country in anticipation of the, now underway, 2018 Hurricane Season.

C2W Music was the Jamaica Stock Exchange’s Junior Market’s top performing stock for a second consecutive month. The stock appreciated by 117.95%, or $0.92, MoM to close the month at J$1.70, this comes on the backdrop a reverse takeover with Stocks & Securities (SSL). Coincidentally, Derrimon Trading Company Limited was the second largest gainer on the Junior market for a second consecutive month, when the share price appreciated by 71.53%, or J$9.80, MoM to close at a price of J$23.50 per share. However, subsequent to the close of the month, the company accounted for consideration at its forthcoming AGM a proposal for a 10:1 stock split. Meanwhile, GWEST Corporation was the Jamaica Stock Exchange’s Junior Market worst performing stock. The value of GWEST’s shares declined by 25.93%, or $0.77, MoM to J$2.20.

Contrary to years past, the summer season has been relatively active in trading, as a result the Main Market Index advanced by 2.5% MoM to close July at 313,378.13 points. The same can be said of the Junior market which advanced by 2.13% MoM to close at 3,102.14 points. The advancement of both indexes marked the second consecutive month the Jamaica Stock Market has advanced following its decline in May.

We foresee that the stock market will continue to perform positively for the remainder of the year. Fundamentally, companies continue to report strong to growing profitability. Given that the Bank of Jamaica’s pursuit of low interest rates has resulted in fixed income investments yielding negligible rates of return. We believe that in search of higher rates of return investors are likely to increase their participation in the Stock market. In our opinion, this is likely to be accretive to stock prices. Therefore, we maintain a positive outlook on the equity market at this time.

The Yield on Government of Jamaica Treasury Bills (T-Bill) declined for the 13th consecutive month with yields on all tenors declining. The yield on both the 90 day and the 180 day T-bill declined by 58 basis points to 1.96% and 2.07%, respectively1. There was no auction for the 270 days T-bill during the month. With the yield on 90 and 180 day tenors of T-Bills floating below the point to point rate of inflation, current investors face a negative rate of return on investments in Treasury Bills.

It is expected that interest rates are likely to be pushed lower as high levels of market saturation persist and the Government of Jamaica (GOJ) and the Bank of Jamaica (BOJ) continue to push low interest rate policies/signals. One such policy is the reduction of the BOJ Policy Rate. After slashing rates by 25 basis points in May, the BOJ announced a further 50 basis points reduction in its policy rate which now stands at 2.0%. This marked the fourth time this year that the BOJ has slashed its Policy Rate, citing lower than target inflation expectations for the remainder of the year. Barring the exertion of upward pressure on inflation, we expect interest rate to remain low for the short to medium term.

Disclaimer: All opinions and estimates constitute Ideal Finance Corporation’s judgment as of the date of publication. All op inions expressed by Ideal Finance Corporation (IFC) are subjected to change without prior notice. The information contained herein was obtained from sources which we consider to be reliable. However, we have not independently verified such information and thus make no guarantee of the data’s accuracy or completeness. IFC shall not be liable for any actions taken on the part of investors in reliance on the opinions stated. IFC and/or its agents may have a proprietary interest in the securities it reviews and express an opinion on. Any recommendation offered by IFC are indicative and do not constitute an offer to buy or sell.